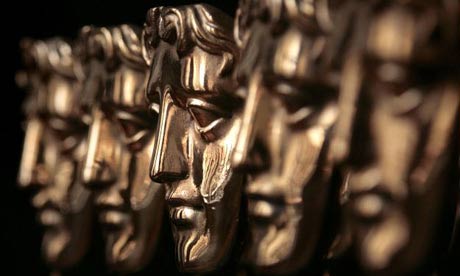 Watching bits of the BAFTAs on TV. There was Richard Armitage having a right laugh at something Graham Norton (the presenter) was saying – didn’t hear which, as it was just as I switched over to BBC1. At ca 20:40, the man himself was introduced to present the award for Supporting Actress. Just me, or did he seem a little bit nervous?

Anyway, here are the winners, which I got off the BAFTA website.

Leading Actor: Kenneth Branagh – Wallander (BBC One) – Nice one! It’s odd to see a bunch of British actors filming a Swedish book in Sweden… in English. They couldn’t get the pronounciations right, to start with, but it was still a good watch. Plus, I can’t really say no to the effort they made.

Supporting Actor: Matthew MacFadyen – Criminal Justice (BBC One) – Aww, he’s even starting to look grown up! Just give it a few more years and then we’ll talk…

Entertainment Performance: Anthony McPartlin & Declan Donnelly – I’m A Celebrity….Get Me Out Of Here! (ITV1) – Seriously?! They won over QI? Travesty!

Female Performance in a Comedy Role: Rebecca Front – The Thick Of It (BBC Two)

Male Performance in a Comedy Role: Peter Capaldi – The Thick Of It (BBC Two)

Drama Series: Misfits (E4) – As some other show got an award, I mentioned to the Squeeze that Spooks must’ve been nominated for something, as I could see Harry and Ruth in the audience – and then there was of course Lucas as well – and yes, it was. This category, which it obviously didn’t win. Maybe next year, eh?

Drama Serial: Occupation (BBC One) – Aww, Strike Back wasn’t nominated? I wonder why…

International: Mad Men (BBC Four, but isn’t that the show on FX?)

Factual Series: One Born Every Minute (Channel 4) – The clip they showed was of a woman who wanted cake, but who was told she couldn’t have any – and what did her numpty of a partner say? “You could look at one” or something like that. Bloody sadist!

Comedy Programme: The Armstrong and Miller Show (BBC One) – Standard! Isn’t it? Random. And awesome! We’ve got tickets to see their live show this year – woohoo! I’ve also really enjoyed That Mitchell and Webb Look and the Kevin Bishop Show, but Stewart Lee… just didn’t find his show funny. At all. But he didn’t win either, so hah.

Situation Comedy: The Thick of It (BBC Two)

YouTube Audience Award: The Inbetweeners (E4) – A show I wish I had seen more of, because the bits I’ve seen have been hilarious!