Okay, patience isn’t really my cuppa tea, so here ya go, the first two parts of the final writing assignment in Creative Writing II, in which I’ve happened to be writing a modern-day take on Jane Eyre. For the assignment, we had to write no more than 500 words, so this is just a draft. Part one deals with setting, part two with characters and dialogue. Part three has a plot twist (anyone familiar with JE will know exactly what the twist is from reading the stuff below, and others will probably be able to figure it out anyway ;)), part four is supposed to be a sort of conclusion, but I’m not sure what that’s going to be, as I’ve not come that far yet.

The Jane substitute would have been introduced at an earlier stage in the story – as this would not be chapter one of a novel, it would be further in – so that’s why she’s not described in much detail.

Please tell me what you think of it so far – both in terms of story and writing; I love to get feedback / constructive criticism. 🙂 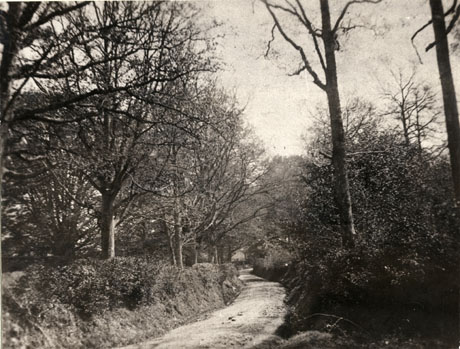 Stretching her legs in a pair of thick winter boots, Julia wanted to warm her face on the sun, but the sun was hidden behind a wall of fog and cloud. Compared with her home, the February days were longer here, not to mention warmer. Not today, though. Frost spread across the park every night and still lingered in the shadows next to the road; one of those narrow country lanes surrounding Moorland House. Where she came from, the roads were lined with reflective orange sticks to guide the snow ploughs this time of year – here, snow was something that always came as a surprise and no one knew how to handle it. Did they even have snow ploughs in this country?

The narrow road snaked its way around the hills, but there was no way of telling what lay ahead as a thick, evergreen hedge of holly obscured the view on either side, especially on a day like today, with cold, damp fog smothering both road and the rolling hills beyond the hedges. Good thing she wasn’t a driver, because she would not be comfortable around these corners. What if someone came the other way?

Walking made it easy to avoid the few icy patches scattered in the shadier parts. Julia skipped over one of them only to stumble as one of her shoelaces had come undone. Good thing she wasn’t in a hurry. It was only about four o’clock and the village post office wouldn’t shut until half five, so she had plenty of time to stop and tie them.

A rising roar announced an engine drawing closer, so she decided to step aside to let the vehicle past. It wasn’t a car; it was a motorbike, black and glossy like the piano in the drawing room. On it, a figure clad in black leather, face covered by a jet black helmet. That was all she had time to notice as it swished past her in the mist. One moment there, next moment gone, like some sort of phantom, except phantoms didn’t ride bikes. Nor did they slip on ice and come crashing to the ground.

Julia rushed forward, but the man was already trying to get back on his feet. When he failed, he took off his helmet to reveal a pair of dark, glowering eyes set in a surly, square face, surrounded by a black mane. Probably tall, definitely dark, but handsome – not particularly. Shame, really. At least it meant she didn’t have to stammer and blush like a schoolgirl, which she always did when talking to someone she fancied, and it annoyed the crap out of her. No such thing here, his face was harsh and uninviting, not smooth and pleasant. His torrent of swearwords also made her at ease. If he had been crying, she wouldn’t have known what to do or what to say, but this way, she knew exactly how to behave, and all the more willing to do so.

‘Are you injured?’
‘What does it look like?’ He rubbed a shin; clearly he was injured in some way or another, even if he seemed reluctant to admit it.
‘I can get help,’ she offered, ‘fetch someone from Moorland House or the village. It wouldn’t take long.’
‘You’ll do no such thing,’ replied the man. ‘You’ve helped quite enough already, stepping into the road like that. Do you have some sort of death wish?’
‘Says the man careering down the road.’
‘I was hardly doing 40,’ the biker groaned as he tried getting up again, adding, ‘It’s only a sprain.’ Julia was unsure if he was trying to reassure her or himself. Not that it mattered.

As he still couldn’t get up, Julia felt sorry for him and offered a hand, which he stared at blankly for a few seconds before finally accepting it.

Dragged onto his feet, the man then hobbled over to the fallen bike. The engine purred like a content kitten and the back wheel spun leisurely in the fading daylight. He surveyed the scratched surface bitterly before seemingly resigning to the thought it would need some taking care of and then shot Julia an inquisitive glance.

‘Who are you anyway? You’re not from around here.’
‘I live down the road, at Moorland House.’
‘Oh you do, do you? Whose house is it?’
‘Mr. Harrington’s.’
Bending down to get the bike back up, he suddenly froze in his place and didn’t look at her as he asked, ‘And how is Mr. Harrington nowadays?’
‘I wouldn’t know,’ Julia replied. ‘I’ve never met him.’
‘Huh.’

The man continued with his struggle but didn’t have all the leg strength required to turn the bike upright with his current injury. Julia thought she had better help him. The sooner he was off, the sooner she could continue on her walk, and it’s not as if he was pleasant company anyway.

Putting a strand of dark blonde hair behind each ear to not get it caught, she bent down and helped him. It was a heavy machine, far heavier than she had expected.

‘Thank you,’ he said when the bike was back on its wheels, but any gratitude soon dispersed. ‘How come you’re at Moorland anyway, Miss…?’
‘I’m the au pair, looking after Mr. Harrington’s daughter.’ There was no need for a stranger to know her name.
‘Of course you are,’ he mumbled to himself as he put the helmet back on, but turning to Julia after straddling the motorcycle again, he added, ‘I hope you’re not in the habit of … au pairing in the middle of the road.’
‘I’m not,’ she said. ‘I’m just going to the village.’
‘Don’t be too long, it’s getting dark.’
‘It’s not far and I’m not afraid of the dark.’ She shrugged. ‘If you’re sure you’re okay, I’ll be off.’
‘Make sure you are.’
The biker pulled the visor over his eyes, nodded a farewell, and then drove off.

Yes, the girl (read: Adèle substitute) is meant to be his actual daughter – if there was any doubt of her paternity, it would’ve been settled through a DNA test anyway! So not the “maybe, maybe not” of the original, even though I personally don’t see Adèle as Rochester’s daughter. And she’s also not going to have a French mum – if anything, her mum’s German! (Mainly because I have a better grasp of that language than I do of French! *cough*) Governesses aren’t much in use nowadays, so Julia is an au pair instead. I was thinking nanny, but I think au pair fits better with her age. 🙂

The concluding part(s) will be posted when I’ve finished writing part four, which will probably be in a few weeks. Or before, as I’m having way too much fun writing this to be able to restrain myself and wait for the official schedule! 😀

But anyway, is this a good start of something that could be interesting to read more of, or is it better kept as a course assignment and nothing more? (Be honest! I’m a grown woman, I can take it!)

P.P.S. The story continues (and concludes, for now) with part 2!