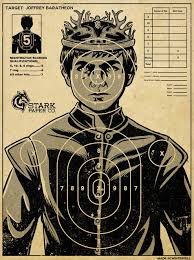 If you watch Game of Thrones in particular, or perhaps if you’re just reading the books on which the TV series is based, you’re likely to have taken a sort of anti-shine to that little bastard. As well you should, because Joffrey is not a nice person and is completely devoid of any redeeming features. In fact, he’s the epitome of a complete dick, git, douchebag, jerkwad, and so on.

But the actor that plays him is the complete opposite, I only just discovered, and because he’s made us all hate Joffrey so much, he’s obviously rather convincing as an actor! Okay, I didn’t expect the actor to be a complete and utter little shit in real life just because he plays one on telly, but you know, it’s nice to know that he seems to be a really nice guy in real life.

The lad behind the unlikable character is 20-year-old (!) Jack Gleeson, who is Irish (yay!), and studies at a university in Dublin. His subjects? Philosophy and Theology. He has also been made a Scholar, which is an accolade awarded to students that are particularly awesome in their chosen subjects. So he’s not just studying those things for the hell of it, he’s actually really into them. For real! He’s also very well-spoken.

Back in April 2012, he said this to the Irish Independent:

After ‘Game Of Thrones’ I’d be happy to do some amateur plays but I don’t think I want to do any more professional acting. I’d like to be an academic, a philosophy lecturer if possible. I’d do a Masters in Ancient Hebrew maybe, and a PhD hopefully, if I get in.

Yes, really! But what about the wads of cash you can earn as an actor, especially if you’re a very good one? The world being your oyster after a role like Joffrey Lannister in Game of Thrones, and all that?

The thing about that level of acting is that it is very financially rewarding but for me it is a balancing act. I’m happy to sacrifice a big pay cheque for my happiness, if that’s not too corny a thing to say. It’s probably more naive than mature to say that, maybe, but that’s how I feel.

Wow, what a guy! I mean, first of all, he’d rather be a philosophy lecturer than a professional actor, and second, he’d rather be happy than rich. I wish more people were like him. So here’s to you, Jack. While we all bloody hate Joffrey for the little inbred git that he is (umm, spoiler? *cough*), we really ought to change the tune a bit.

How about: Everyone Loves Jack?

Because you’re worth it, laddie. You certainly are to be admired for the person that you are, not just as an actor in a popular TV series. I’m definitely a convert. Go Jack! 🙂 And to think I found all this out because I was simply trying to find out if he was related to Brendan Gleeson. Which I can’t find any information about, but I guess the answer is “no”.

A Song of Ice and FireJack Gleeson

2 thoughts on “Everyone hates Joffrey”