Falling in love with “Our Richard” all over again It’s not very often that I feel compelled to write a post where I totally fangirl Richard Armitage, but one of those moments have definitely come. You see, there was that thing in The Independent recently … There has been so much publicity involving the man surrounding The Hobbit that he sort of went from being “Our Richard” to being, well, “RArmz”. He was still the thoughtful, nice guy, but at the same time, he was perhaps styled a little beyond our comfort zone. Who was this suddenly Hollywoodised person? Did we really “know” him at all, or did we only think we did?

And then he comes back doing something like this and my faith in him hasn’t just been restored, renewed or whatever, it’s really … well, to be brutally honest, turned me right back into a simpering fangirl. Because this is the Richard that made me a fan originally. Not just because of his on-screen talents, but the man behind all those characterisations.

I never like to go out of character when filming starts I fear that if I do, I might not be able to pick it up again. /…/ I wish I was good at jumping out of character in between takes, as I’d be more popular socially.

From what I’ve head, Richard, you were a very popular guy on the set, so I don’t think you have anything to worry about.

Publicity for ‘The Hobbit’ was relentless I was travelling and doing junkets around the world, being asked the same questions every day for three weeks. Then at the end of the working day I’d have to get down the red carpet. It’s pretty hard work. I much prefer being in front of a camera.

Things that make me think Richard Armitage is a fellow introvert: check.

I love how Gary Oldman disappears into a role You see a character before you see him; /…/ That’s what I’m striving for.

And very much succeed at. Even if I might at first think “hey it’s Richard playing X”, it soon disappears into just enjoying whatever I’m watching because he goes into character so completely. You’re not watching “Richard Armitage playing John Thornton”, you’re seeing “John Thornton (as portrayed by Richard Armitage)”. If you know what I mean.

I also need to find something where I’m not fighting or inflicting violence on someone, as a lot of the roles I’ve had, /…/ have involved that. I don’t know why that’s been the case!

Dude, yes. We need Richard Curtis to write another romantic comedy and cast Richard Armitage as the lead. I say that because I love romcoms and Richard Curtis tends to make the best ones (hey, he wrote The Vicar of Dibley!) so that would be every kinds of awesome. Hey, if Gerard Butler, Hugh Grant and Colin Firth can do it, why not Richard Armitage? Also, I’d be a lot happier to watch and re-watch a good romcom than Strike Back any day, because that whole macho action thing just … no thank you.

It’s bloody annoying being shy I’ll spend a whole evening at a party asking everyone else about themselves. I’m not being self-deprecating; it’s because I’m too shy to talk about myself. So people come away from the evening actually having learnt nothing about me.

But yes, he’s right. Better to talk about other people at a party, because talking about yourself is … well, none of other people’s business, especially if they’re strangers. But also, if you let other people talk about themselves, that means you don’t really have to talk much in return. Again with the introversion!

I hate selfishness in people I lean towards the Japanese idea of “you first”, such as always allowing another to walk through a door before you.

It’s just the polite thing to do. Some women would bite a man’s head off for holding the door so they can go first, because they’re quite capable of opening the door themselves, thank you very much. I understand that and sympathise. But if a person – man or woman – is a second or two in front of me through a door, I expect them to hold it for me rather than letting it slam in my face. If I’m first to a door, I’ll hold it open for the person just behind me, because it’s the polite thing to do. To me, it’s not a gender issue. I don’t see it as a man is holding the door for me because I’m too weak to open it myself, or that I open a door for a man to give him priority, because to me, letting a door slap someone in the face is terribly rude. And besides, it could just as easily be a woman holding the door, or letting a woman go before me.

Now, pushing the chair in as you’re sitting down, on the other hand, is kind of creepy. But then again, we normally don’t go to the sort of restaurants where the waiting staff do that, so it’s all good.

I’ve taken a few tumbles, though. I once flipped and bounced on my head, landing in a mess on the floor;

This is totally what I picture, but probably with a different colour scheme: 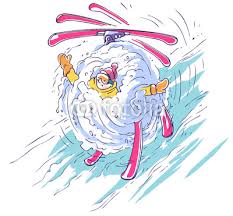 it’s a dangerous sport but it’s exhilarating and it allows me to unwind.

Oh for the love of righteous indignation! Now that’s a proper, if short, rant! 😀

I’d like to live off-grid I’m fascinated with the documentation of the environment [and its degradation] through photography, and our hunt to move away from fossil fuels and towards new technology. I’m attempting to build a home that uses water, wind or solar power. Right now it’s just a pastime, but it’s an exciting prospect. 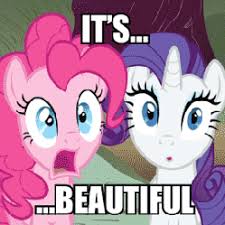 Mr Armitage, sir, I didn’t think it was possible for you to rise any further in my estimation of you, but gosh darnit, you’ve only just gone and done it. This last paragraph is the clincher, it really is. Not only does he mention [environmental] photography, he’s trying to build an eco-friendly home and live off-grid.

So before, when I thought it would be awesome to just sit down over a cup of coffee and talk about books and stuff with him, we could in fact have quite a long talk on a whole variety of subjects, now including photography (I’ll bring my photo album, shall I?) and renewable energy. Recently had a solar panel guy come around to measure our roof just to see if it was viable for us, but sadly, it wasn’t. I, too, like the idea of living off-grid. Preferably a bit further away from a busy A-road, without other houses over-looking the back garden, and so on.

I’m not one for sending gifts to celebrities, but I finally know what I’d send Richard Armitage if I was: it would be a copy of How to Go Carbon Neutral.

And sir, please keep being yourself, because we love you all the more for it. ♥