Aye, I’ll jump on the bandwagon too! 🙂 Although, instead of pictures of RA, I thought I’d show some pictures I took this morning, as I wanted to try out the camera on my new old mobile phone. (I don’t buy mobile phones anymore, I just use the Squeeze’s old one when his contract gets upgraded. I didn’t want the previous one, so haven’t had an upgrade for quite some time, so yay, the new one is pretty damn cool!) This is Daisy. It’s not a very good picture, admittedly, with the light coming in through the window and all, but hey, we’ll ignore that. She’s about 10 years old or so, but we don’t know for sure. She was a stray originally, who one day just appeared in the cellar of a friend’s house. They advertised and went to the police and things but she wasn’t chipped and no one came forward to claim her, so they kept her. Three years later, I came along and wanted a cat, and seeing as how the new-born stable kittens (of which I was to get one) had been killed by a tomcat, and as they were still wanting someone to adopt her, I got Daisy instead. 🙂 She’s been through a lot in her time, but now she’s settled down and loves a good cuddle.

This is Jayne, a Phalaenopsis orchid who is currently in bloom. The only other one who’s blossoming at the moment is Mal, who has done so for quite a while. My little orchid crew of about nine all survived the move back in October, except for little River. On the other hand, Book has sprouted a baby so maybe I could cut that off and let it be River 2.0. Umm, yeah. They’ve all been named after the crew of the Serenity (from Joss Whedon’s magnificent Firefly and Serenity)… I like having naming themes. My computery stuff’s named after people and things from the Hitchhiker’s Guide to the Galaxy. The laptop I got after Christmas (making it this year’s anniversary, birthday and Christmas presents, the Squeeze tells me) is called Arthur, after Arthur Dent, but as it’s red, it could have just as well been named after Arthur Weasley… or even King Arthur. 🙂 My desktop’s called Marvin, and it does sound like it’s got a terrible pain in all the diods down its left side…

And finally, the current reading list. The top four are coursebooks. The top two reside in the bathroom. Most women who get accused of spending too much time there normally do so because they put on make-up… erm, I read. The first one is The Celts: A Very Short Introduction, as next week, I’m starting a course called Celtic Studies (Ireland, big fan!).

The second is Writing Down the Bones by Natalie Goldberg, for the second installment of Creative Writing in English. A very inspirational book! Sometimes you pick up a book and when you read it you feel you’re really learning things, taking things to heart. Okay, perhaps not so much with this one, but very much so with one I finished earlier in the month, called The Art and Craft of Storytelling by Nancy Lamb. Highly recommended! Goldberg is more inspirational in the sense of getting up and actually do some writing. Before, I’ve read Julia Cameron (The Right to Write, a book in the same vein) and she talks about Morning Pages, writing a little of what’s on your mind every morning. That’s too diary-like for me, and I’ve never been very good with keeping diaries. Goldberg says just to practice writing, and that works better. Just write a little, doesn’t matter what it’s about or if it’s any good or not. So far, I’ve written a dialogue between two Georgan or Victorian ladies which was quite interesting. Never in my life have I ever used the word “débâcle”, but one of those ladies decided I had to put it on the paper. It started with having a fragment of a sentence (oh, brill, just found out “sentance” doesn’t exist as a word! Both types, i.e. collection of words and what a judge delivers, have the same spelling!) in my head, and having had it for quite some time and not quite knowing what to do with it. I finally wrote it down, and it turned out to be two older sisters at some sort of ball talking about someone new to society, in a rather prejudiced way. Looking forward to see what else they’ve got to say!

Anyway, moving on are two psychology course books, which I’ll be putting to one side after today, when the course finishes. Well, after I’ve done the exam and two reports that should’ve been handed in earlier in the month, or even before then. Social cognition. Actually, the second report thing is to watch a movie and pick out two scenes and analyse them from a social cognitive perspective, so I’ve a cunning plan! It’s called “choosing Jane Eyre ’96”. 😉

Of course, then there’s Charlotte Brontë’s Jane Eyre and The Professor… 🙂 Followed by a book on search engine optimisation, as that’s the new buzzword in the web development sphere, and that’s a useful tool to have. And Another Thing by Eoin Colfer is “book six of three” of Douglas Adams’s The Hitchhiker’s Guide to the Galaxy (bottom, incidentally) and was a Christmas present.

…Actually, no, we WILL have a Richard photo on a Friday. Just because this photo is so swoonworthy it’s unbelievable! 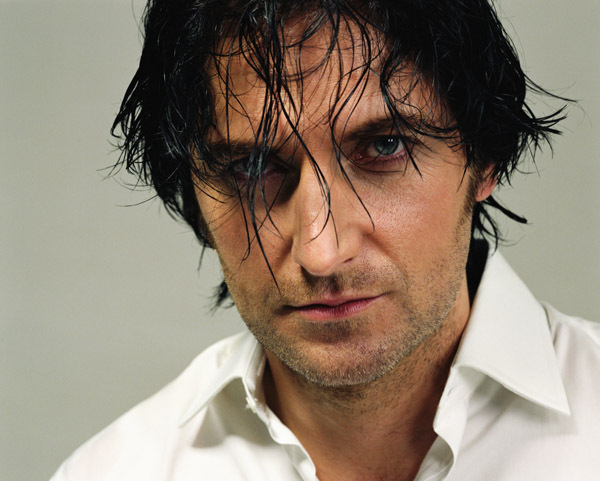 Have a nice weekend! 😉

One thought on “Photo Friday”