Aside from celebrating Sam Neill’s birthday, I’m also trying to get rid of my old wiki site in favour of a different style of website, which means I’m trying to migrate things, but this, I believe, is better off here than on the new site. 🙂 Very short reviews of various films that have Sam Neill as a common denominator! Can’t for the life of me remember when they were written, but it wasn’t exactly yesterday, I know that much. 🙂 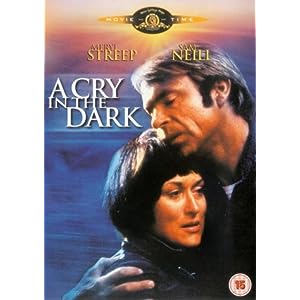 “The dingo stole my baby!” Based on a true story, it’s Meryl Streep as a woman whose youngest child, a baby, is taken by a dingo when the family’s on vacation at Uluru. Sam’s the dad. Big trial, a country torn in two – “guilty” and “not guilty”. Very good movie, and good from the point of how vulture-like journalists are. Has two or three people from The Flying Doctors in it, which is always a nice bonus for, umm, me. 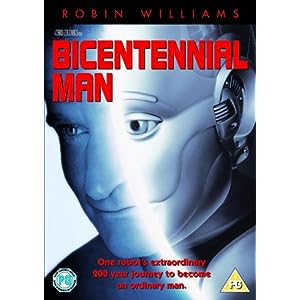 Family father Sam buys a robot (Robin Williams) in the not-too-distant future. Robot wants to be human and eventually gets a makeover to look human. It’s a good film, but I think you either like it or you don’t. Besides, Robin Williams is always a treat! 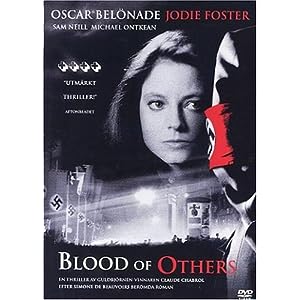 Sam as a Nazi, or should I say, shop owner, who falls in love – in his own special way – with Jodi Foster, who is an annoying seamstress there. The Résistance use her as a spy, as her boyfriend is one of them. Good movie, but like I said, Foster is annoying. 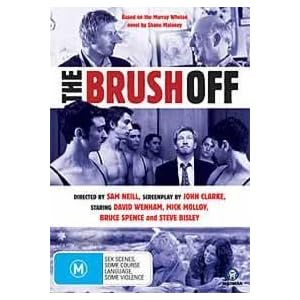 This is the follow-up to Stiff (2004), again based on books by Shane Maloney. Sam’s not actually in this, but he directed it. Murray’s boss is moved from being the Minister of Ethnic Affairs to being the Minister of Art and Water. And people die. I dunno, I think I preferred Stiff, but this is good entertainment as well, and Wenham is a great actor, so always good to watch. AFI nomination for Best Direction in Television. 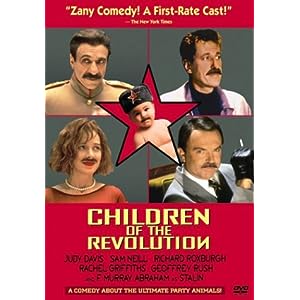 Sam in uniform. Communist Australia, woman (Judy Davies) gets to go to Soviet to meet her idol – Stalin (F Murray Abraham). They spend the night together, which prooves to be Stalin’s last… and she’s pregnant. Stalin’s bastard son (Richard Roxburgh, who I do believe is the Duke in Moulin Rouge) is raised as an Australian, not knowing who his real father is. It’s funny, but I thought it would be funnier. 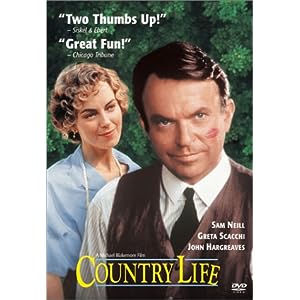 An Australian adaption of Chekhov’s Uncle Vanya, set in the outback in the 1920s. And the rest I grab off IMDb as I don’t remember what it was about myself: Man with niece run family farm to support brother-in-law as a (supposedly brilliant) literary critic in London. Action begins when the brother-in-law returns with his beautiful young wife (Greta Scacchi), revealing himself as an arrogant failure and wanting to sell the farm out. Sam is a doctor with the hots for Scacchi. Quite uneventful and will past most people by wondering what on earth it was actually about. Has Maurie Fields (The Flying Doctors) in a small role, as well as Sam, and there are some cute kittens too, so that’s enough to keep me happy. 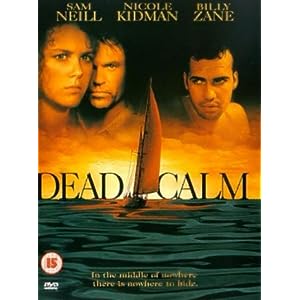 Early on in Nicole Kidman’s career, she did this little thriller. Kidman and Sam are a couple, who lose their child in a car crash. To overcome this, they get a sailing ship and go on holiday in the sundrenched waters outside Australia. They find a man in the water – Billy Zane, who proves to be not-so-sane, and in fact, a murderous psychopath. (Zane as a nasty bugger on a boat was repeated, of course, in Titanic some years later.) Great nail-biting stuff. Also, both guys have their shirts off and flaunt some abs during the course of the film. 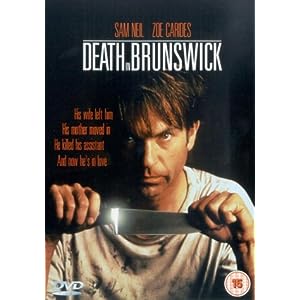 The trailer had be laughing, but the movie as a whole I didn’t think was as funny. Don’t get me wrong, it’s funny and well worth a watch. Sam’s a bit of a loser type guy, who starts working in the kitchen of a pub. He falls in love with a Greek girl who is a bartender… she just happens to be about, oh, half his age? Then someone gets stabbed to death, and they have to hide the body and get out of the way of bad guys. Great fun! 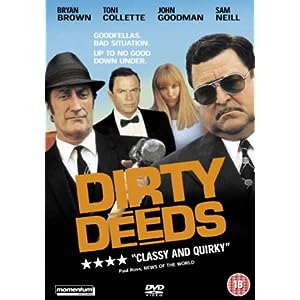 Bryan Brown, Toni Collette and John Goodman in an Australian gangster comedy, with great cinematography. Sam is with the police… and likes bribes. A bit retro in the look, but it’s good entertainment all in all. 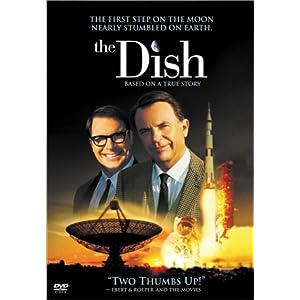 In a sheep paddock in Australia is a big radio telescope, that played a significant part in the Apollo 11 moon landing mission of 1969. That’s what this movie is about. Sam, in a cardigan, is the telescope boss and was nominated in two different awards for Best Actor and Most Inspirational Movie Acting. This is a warm Aussie comedy that will charm you, and was a huge success in it’s native country. The whole town is moon landing mad, the whole world is watching and dependent on their “Dish”, and… there’s a power outage and all calculations are lost. What do you tell NASA? “Tell them what… that we lost Apollo 11?” 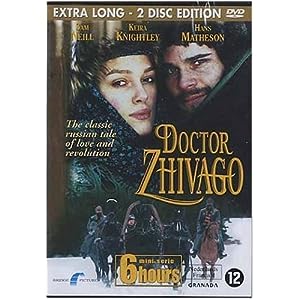 Re-make of the old movie, but now as a miniseries, starring Hans Matheson and Keira Knightley, with Sam as the evil bloke who seduces both Knightley and her mum. Oh, also has Kris Marshall (Love Actually, My Family) as the one Knightley ends up marrying. Odd to see him in a serious role, but he does pull it off well. I haven’t seen more than about 5 minutes of the old movie, so I can’t say how well this compares to it, but from a Zhivago novice point of view, it’s definitely watchable.