I know the article “Mr. Rochester is a Creep: A List” by Edan Lepucki is just plain linkbait, and that by posting about it here, The Millions is/are (whatever) getting linklove, but I’ll ignore that for now. As a “somewhat” obsessive Jane Eyre fan and definite “Team Rochester” member, my temper has been roused and will not be settled will less than a passionate rebuttal. 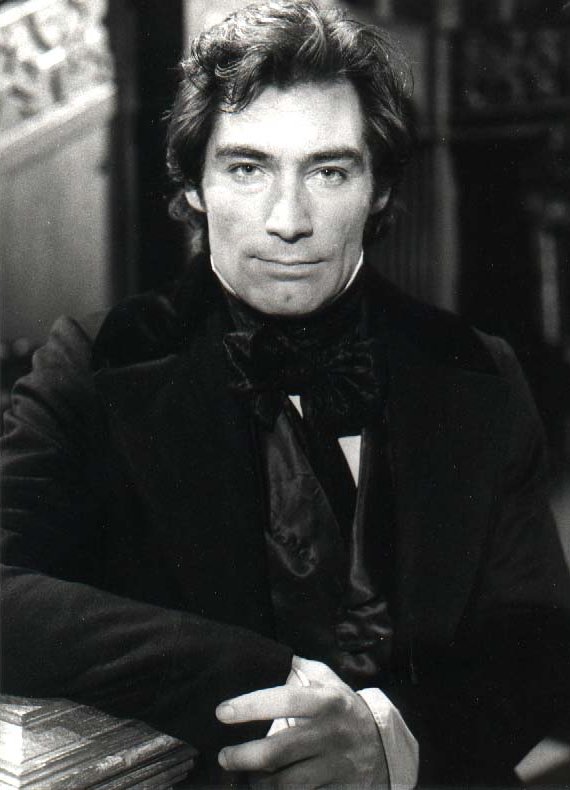 While the webcomic that the article links to is one I’ve seen before and used to have as a wallpaper on my computer (although it completely ignores the fact that Anne wrote more than just Tenant), calling two of the finest authors of the English language “deeply weird” is not on! Charlotte and Emily weren’t weird. Heathcliff, fine – asshole, psychopath, creepy and duplicitous are all words that can be used to describe him. I can think of a few more to add to the list as well. But Rochester?! (The author hasn’t read Wide Sargasso Sea yet – it’s going to be like a dream come true. Jean Rhys wasn’t exactly “Team Rochester” either.)

I’m impressed at how civil I managed to comment on the blog itself, frankly. But I had no wish to get banned from a blog I had only come across for the first time today! 😉 Speaking one’s true mind is better left to one’s own blog. Which in my case is this one! So let’s get to it!

1. a) Read up on 19th century mental healthcare, then judge him for keeping his wife at home rather than in a mental institution. b) Not letting her out – for her own safety as well as the safety of everyone else. Have you read the book? She has a penchant for starting fires. Arson isn’t a particularly socially accepted activity. Especially not when you live in the same house.

2. The truth does come out at the altar, because if he had said “yah, btw, Janet – I’m already married, so umm, yeah … We’re still cool, right?” wouldn’t have been much of a plot device. (Charlotte did love her Plot Devices. I shall go into those when I finally review the Book itself.) And it would have turned the whole thing into Emo Fest, because not only would Rochester be brooding over the fact that he can’t legally wed Jane, she’d brood over the fact that she can’t be Rochester’s wife. The year and a day thing – we’ll never know. He might have told her, he might not have. A year and a day is a bit symbolic and traditional, but in a sense, if they had been married a year and a day, it meant they were “properly” married, no turning back. My big question to this point is: Since when was keeping Bertha a secret from the world a crime? How would you like it to be married off to a stranger under false pretenses because your relatives were greedy and only to discover that you’re stuck with someone for life that you have no connection with, no sympathy for and cannot love. Your life is a misery. While trying to forget her by ignoring her is not a very pleasant strategy, I can see where he’s coming from.

3. Forgetting the fact that they had vastly different views on sex (and a lot of other things) in the 19th century. He can’t see any likeness to himself in Adèle and Céline wasn’t exactly one for being chaste or even faithful, so why should he entertain the notion that he has a bastard daughter? Nowadays, we have DNA tests to prove paternity once and for all – they could only go by looks and behaviour, and Adèle matched Rochester in neither. When Céline dumped her child on him (which she did, so she could bugger off to Italy with her latest flame), he could have turned her into the nearest orphanage and left her to rot. He didn’t. He made sure she was looked after and then arranged for her to come to England and even be educated, and he’s doted on her for years, but yeah, let’s forget all that and get hung up on the fact that he doesn’t admit paternity. Bah.

4. Oh for heaven’s sake! So dressing up in drag makes you a creep? Nice one, I shall let the gay and/or transvestite communities know. Bet they’ve never heard that one before. The way kneeling is mentioned sounds creepy because you make it sound dirty. It’s not dirty, nor creepy. Jane is being asked by an old gypsy woman (as far as she knows at the time) to kneel so the gypsy can make out her features and thus tell her fortunes (Charlotte Brontë was into physiognomy, and physiognomy was a really big deal at the time). And also, the reason for dressing up in the first place is to try and figure out what’s actually going on in Jane’s plain, poor and obscure little head, as she plays her cards close to her chest. Does she love him? Does she not? Is she even interested in him at all? He’s the master of the house, she’s technically a servant. Neither are in a place to say “Edward, by the gods do I fancy you something rotten!” or “Janet, I’m head over heels in love with you, like I’ve never known love before”. Again, interpreting the book with 21st century eyes and forgetting it was written 160-odd years ago, in the late 1840s. Times change, and society with it. 5. WTH! He never says he’s engaged to Blanche Ingram! He constantly implies that he is to be wed and mentions Blanche as a potential bride a number of times, but he never proposes to her. Jane thinks he must have proposed as everyone is so intent on Blanche becoming Mrs. Rochester, but he never goes beyond flirting with her. And yes, he does basically say he wasn’t really going to marry her and only led Jane on to be jealous. While I can agree that it’s an unusual strategy to get someone to fall madly in love with you, it’s not cruel to Blanche. If he really was engaged to her, fair enough, but he never was. And besides, she only pursued him for his money anyway – as soon as she found out he wasn’t worth a third of what she thought, she turns a cold shoulder, proving she had no romantic notions about him. He was only the means to an end, i.e. her future sugar daddy, not the means to achieve future wedded bliss and a Happily Ever After. I’d call her a callous bitch, not “a pill”, and she didn’t have a heart for Rochester to break in the first place.

6. OMG, jumping to conclusions much?! If I wanted to jump to conclusions too, I could suggest that it’s quite obvious the author has never known love as overpowering and passionate as that between Edward Fairfax Rochester and Jane Eyre. But like I said, that would be jumping to conclusions. If you’re so blindingly in love with someone and they leave abruptly and you have a keepsake, you’d keep it close to you at all times. If this happens to be a necklace, most easily carried around the neck like it’s designed to be, so what? Does the author have some sort of latent homophobia or something? I can’t help but wonder.

7. He’s never described as pretty and that Jane is plain is mentioned every other chapter. And yet, they find each other. They are soul mates. It doesn’t matter that he’s rich and she’s poor or that there’s 20 years between them (a fact I’m surprised wasn’t pointed out in the list! Most people would have an issue with that kind of age gap, even if I don’t). Both are orphans and life hasn’t been terribly kind to either of them, so they have plenty of common ground. Why do you need to be physically attractive to be attracted to a person? There is more to attraction than the outer shell.

And if we’re going to quote passages, why not this one?

“My bride is here,” he said, again drawing me to him, “because my equal is here, and my likeness. Jane, will you marry me?”

He sees her as his equal, she feels like an equal in his presence, yet all of society around them would say they are NOT equals because he’s the master and she’s the poor, unconnected governess. What does society and their views matter when you are with the one you belong with? Screw convention. Sandra M Gilbert and Susan Gubar might have interesting ideas about what Rochester “means”, but you can’t understand where Rochester comes from if you don’t know about Charlotte Brontë and her life. He’s a fantasy version of her beloved Monsieur Constantin Héger, that’s why you’ll see similarities between Rochester and Monsieur Paul Emanuel (Villette). Edward Fairfax Rochester is one of the most intriguing and complex characters in literary history. Powerful and passionate, he’s the Alpha Male, the stereotypical Mills & Boon hero – rich, arrogant, dominating yet with such a puppy-like love for the One Woman. He’s an archetypal Lost Soul, a Bad Boy with a Heart of Gold, redeemed through love.

So to summarise, in the polite way: I say what I said when I first finished Wide Sargasso Sea: “Well, I disagree.” Wholeheartedly. Mr. Rochester is, quite contrary, a dish. He has been one since the mid-1800s and continues to be so today. Creep, eh? Pretty enduring character, though. Let’s see where Sparkles is in 160 years (if anyone can still remember him). Now there’s a creep.

20 Responses to "Why Mr Rochester is NOT a creep"