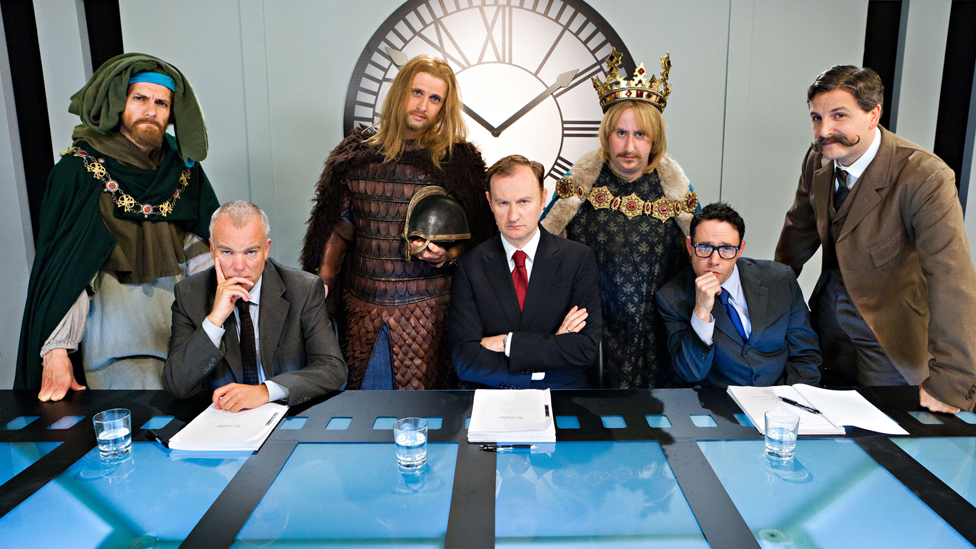 In series four, viewers find out how historical figures such as Dick Whittington and Robert the Bruce get on pitching movies about their life story, and which Historical Apprentice teams will find out they’re fired. There are also more magnificent musical interludes including Victoria and Albert’s love ballad, Charles Darwin with a Bowie-esque rock tune, and a new Battle of Britain RAF Pilots boy band.

Each episode features a mirthful mix of sketches from across the ages, from Slimy Stuarts to Rotten Romans, and is hosted by Rattus Rattus the talking rat. Death returns to quiz the recently deceased on the manner of their demise in Stupid Deaths, and King Henry VIII has a go at raising some much needed funds by taking part in a daytime TV show Cash in the Abbey.

Hands up everyone who just can’t wait? 😀