The Squeee in 2010 – A year of unabashed fangirling

January opened with the All About the Brontës Challenge, where I set to work straight away, listening to some old radio plays of Jane Eyre, watched the 1996 film adaptation of the same and finished reading Wuthering Heights for the very first time. I also wrote about my visit to Haddon Hall the year before, and had ideas on how you might be able to make sports interesting, because let’s face it, it’s not exactly all that interesting. I also discovered I was Marianne Dashwood, even though I don’t really play the piano.

February announced the first International Magic Day, the blog got itself a makeover, and we were being spoiled rotten by Mr. Armitage narrating even more ads! We took a trip to Blockbusters, resulting in a couple of film reviews, and the Brontë Challenge brought me The Professor – a book half in a language I don’t understand very much of at all – and there was also a funny little book about mid-1800s etiquette that was rather amusing.

In March, even though I got a contract job, I still managed to pop to London to watch the latest Andrew Lloyd Webber musical, and it was also in London I discovered that one of (if not THE) my favourite shows on TV had finally made it to DVD. Also found out that someone had written Jane Eyre from Mr. Rochester’s perspective, so that book was quickly acquired and devoured. The DH Lawrence Challenge was announced, but not many took notice. Such is life! I read my first book by Anne Brontë, and added some old posts from 2007-2009 on a different blog, that suited this blog better than their previous home did. The biggest event in Richard Armitage fanblog land happened here too: the RA Fanstravaganza, which I hope there will be a repeat of in 2011! 🙂 Now that there are a few more RA fanblogs out there, it’ll be even bigger!

April brought even more Jane Eyre radio adaptations, the blog jumped aboard Brontë-Along, the first picture of Mia Wasikowska as the next Jane Eyre was revealed, and while we were all eagerly awaiting Strike Back, I took a few moments to make a whole post about haircuts, and the potential gorgeousness thereof. Also tried to have a themed Friday, of a news roundup, but kind of got bored.

May brought the eagerly awaited Strike Back to our screens, with more shirtless scenes than we could shake a stick at. The final episode of Lost aired (meh), I discovered a place in Derbyshire that needed visiting, and there was oh so much swooning over a Richard Armitage interview. What a man! There was also an attempt at placing Jane Eyre in the 20th century. 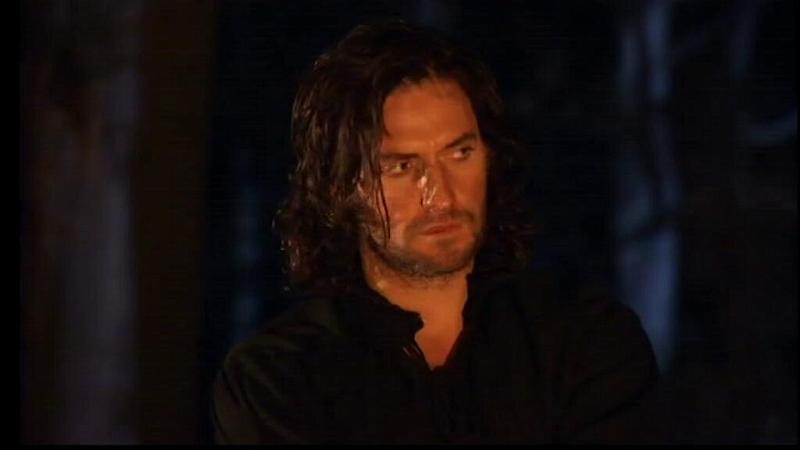 By June, I was working full time, dreamed of Richard Armitage for the first time, commented on the Eurovision Song Contest from the previous month, stated my love for Guy of Gisborne, decided what I was going to do for the upcoming DH Lawrence Challenge, started anew on trying to make a Jane Eyre audiobook, the FIFA World Cup kicked off, and the readership of this blog decided John Thornton beats Fitzwilliam Darcy when it comes to swoonworthiness. This also marked the end of the Brontë Challenge, but I still have a couple of reviews straggling!

July had the International Magic Day at the very end, and opened with the beginning of the DH Lawrence Challenge. When it came to deciding between Sparkles and Fleabag, the readership of this blog decided that neither were good enough. Bravo! The readership’s favourite Edward was also revealed in the same post. 69% preferred their Edward as a Fairfax Rochester. Double bravo! Which was just as well, because I suffered through a couple of abysmal Jane Eyre sequels/spin-offs this month. There was a slight template update which caused statistics to turn veeery nice (recently discovered why this was and rectified it – now it’s not as good anymore, d’oh). August was the calm before the storm. I went on Facebook, and celebrated the first birthday of this blog and the 39th birthday of Richard Armitage. Vexed was shown on telly, with lots of glee because it starred Toby Stephens. Dexter also returned to British TV, which was mostly agonising to begin with (and then it settled down a bit). BBC4 turned out it was going to be awesome in the winter, and I watched Richard Armitage as Percy Courtenay in Miss Marie Lloyd. Also got a bunch of DH Lawrence books and posted my first review in the DH Lawrence Challenge. Oh, and made a rather passionate response to another blog’s tongue-in-cheek post on why Mr. Rochester is a creep, by making a post on why Mr. Rochester is NOT a creep.

September turned out to be a busy month. To begin with, there was the Chatsworth Country Fair, and a week or so later, English Heritage had open days, so lots of Derbyshire visits in a short space of time. We had time for both a burned-down Thornfield Hall and a near-death experience. Sam Neill celebrated his 63rd birthday, which was duly celebrated on the blog. A survey said older men are hot, but we already knew that. Richard Armitage made a Thai Green Curry on TV and there were a lot of interviews with him everywhere, due to the series 9 premiere of Spooks. The month concluded with the 200th birthday of Elizabeth Gaskell, celebrated by a review of the excellent 2004 adaptation of North & South.

October was calm, even though it was announced that Richard Armitage was to have a major role in the forthcoming adaptation of The Hobbit. Spooks continued, we went to see Armstrong & Miller live, and Jane Eyre in Mormon land was perhaps just about as bizarre as the massive Electra complex her daughter turned out to have.

December brought a lot of snow, cold weather, movie and book reviews aplenty, a zombie birthday party, the Winter Solstice, another (much better) dream of Richard Armitage, and the news about when the new Jane Eyre film is going to be released – much later than thought. On the plus side, it came with a decidedly nice picture of Michael Fassbender as Mr. Rochester, so every cloud has a silver lining. Much like the beginning of the end of Harry Potter.

Haven’t joined any reading challenges for 2011 and think I’ll try not to, and just finish the ones I was doing in 2010. Richard Armitage will be filming The Hobbit, possibly the second series of Strike Back, and Captain America will premiere in the summer, along with the second and final part of Harry Potter and the Deathly Hallows. In September (groan), Jane Eyre ’11 comes out – earlier in some parts of the world. Other than that, we’ll take it as it comes. Maybe there will be The Rover, and maybe we’ll have a big RA fanblog meetup in London because if it – we shall wait and see. Before that, have tickets to see Punt & Dennis and Micky Flanagan at the Nottingham Playhouse, followed by The Dubliners at the Royal Centre Nottingham. And it’s going to be FAN-tastic!

Happy New Year, Dear Reader!
Thank you so much for reading
The Squeee in 2010;
hoping we’ll see even more
of each other in 2011.
Have a wonderful year! 🙂