The Golden Compass is one of the biggest missed opportunities of the Noughties, but I’ll get to that later. Based on The Golden Compass (US title) or Northern Lights (UK title), the first book in the His Dark Materials trilogy by Philip Pullman, the film is set in a parallel world to ours, where people’s souls are separate to their bodies in what’s called “daemons” – animal companion spirits. Everyone has one, and I think it’s a genius idea of Pullman’s. For children, the animal keeps shifting, while it’s in a fixed form as adults. This is down to something known as “dust”.

In a parallel Oxford, Lyra Belacqua (Dakota Blue Richards) and her daemon Pan[talaimon] (voiced by Freddie Highmore) lives at Jordan College and is best friends with servant child Roger (Ben Walker). Her uncle Asriel (bearded Daniel Craig) comes to visit, and he tells the assembled scholars of dust, and of a city in the sky, which seems to be a portal to another world. Could be please have funding to go to Svalbard and check it out? The all-powerful Magisterium (Simon McBurney – Brocklehurst in Jane Eyre ’11 – and Derek Jacobi) aren’t as thrilled about this, as it threatens their all-powerfulness.

Meanwhile, kids are being abducted by what they call “gobblers”, and Roger goes missing, along with Gyptian (water gypsies, you might say) playmate Billy. Lyra hardly has time to reflect, as the beautiful Marisa Coulter (Nicole Kidman) comes to take her away, and promise that she’ll take Lyra to Svalbard on an expedition. As uncle Asriel had turned down her request to join him, she’s eager to please, but quickly realise that maybe Mrs Coulter isn’t as kind as she first made herself out to be.

Before leaving Jordan College, its Master (Jack Shepherd) gave Lyra what looks like a golden compass, saying it’s an Alethiometer, and it will tell her the truth, and she must never show it to Mrs Coulter. As it happens, Lyra ends up with the Gyptians (whose leader is played none other than Jim Carter – Downton Abbey‘s butler Mr Carson!), and they can tell her how the Alethiometer works, and that it’s the only one in existence – all the other ones were destroyed by the Magisterium … 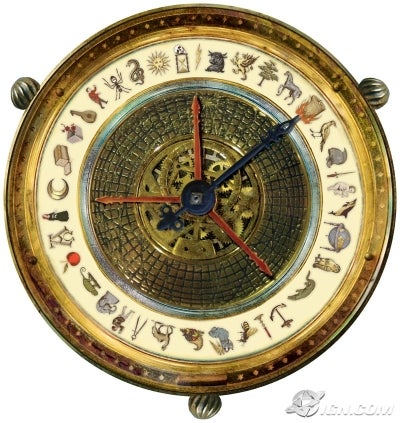 At Svalbard, Lyra makes some new friends: the armoured polar bear Iorek Byrnison (voiced by Ian McKellen), aeronaut stroke cowboy Lee Scoresby (Sam Elliott, and I believe my first reaction to seeing him in the role was an emphatic “YES!”), and Eva Green as the witch Serafina Pekkala. Sadly, the witches don’t get a lot of air time, and while it’s mentioned several times that Lyra is a part of their prophecies, it’s never explained fully what those prophecies actually are.

Shoutouts: Kristin Scott Thomas and Kathy Bates as the voices of a couple of daemons, Ian McShane as the voice of the polar bear king Ragnar, Christopher Lee as the First High Councilor of Jordan College (I think?).

The Squeeze had the trilogy, and suggested I read it, and I absolutely LOVED it. So why do I think the film The Golden Compass is a wasted opportunity? Is it not a good film? Oh, it’s lovely. I love the characters, I love the animated daemons, I love the story, I love every bit of it. Sure it lacks a bit of detail, which you’ll always get when it’s an adaptation, but that’s fair enough. No, the problem is that it whets our appetites for an epic trilogy of awesomeness AND THEY’RE NOT MAKING THE TWO SEQUELS!!! And why? Politics! Or rather, religion.

It was a miracle they even got to make this one, because there was such an outcry in the Christian communities of America that Hollywood don’t dare adapting The Subtle Knife and The Amber Spyglass. No, seriously. That’s why they can’t make the sequels, because no one’s willing to put their heads on the chopping block and make a controversial trilogy.

If you’ve read the books, you’ll know why. If you haven’t, you should read the books because they’re at least thirty shades of awesome. You see, the thing is that Pullman borrowed Christian themes (such as Adam and Eve), makes a heavy case pro-evolution, and the story even amounts to – and here’s the clincher – “killing God”. Which isn’t strictly true anyway, because the thing they’re rebelling against is a corrupt system that uses an ancient, once powerful being, but bastardising its message for their own power-hungry uses. So technically, it’s more anti-Church than anti-God or anti-Christianism. Perhaps that’s why I love it so much – Christianism and faith in God, fine, whatever floats your boat. Being corrupt and using religion as a way to control people and making them miserable, blaming their foibles on God, while puttin gyourself in power and telling people that they either agree with how you do things or their souls are bound for damnation … sod off.

Anyhoo. So that’s why they can’t make the sequels. They could get away with the first book because it hardly uses those themes anyway, and what’s there can be watered down so that the Magisterium is less like the Catholic Church and more like any old authoritarian government. Such a shame, because the trilogy is a wonderful piece of fantasy literature, full of powerful and sympathetic characters, and the storytelling is as mind-bogglingly imaginative as that of J.K. Rowling, which you only get a small glimpse of in the film, because, of course, it’s an adaptation.

Kidman could have been born to play the beautiful and frightening ice queen Mrs. Coulter, Craig is great as Asriel – not that you get to see that much of him, and what he’s really up to, of course – and Richards (last seen in series five of Skins) does a fantastic job of portraying Lyra. In fact, watching this, I realised how much I love Lyra as a character. Strong-willed, independent, loyal and brave, and all the while, wanting to rescue her friend Roger from the evil gobblers.

The ending of the film is not the ending of the first book. I can see why they’ve chosen to end it where they do in the film, because it works better dramatically to end it on a “and what adventures await us next?” note, rather than … well, the way the book actually ends, which would work better on screen as the dramatic opening of the second film. A bit like what they did with The Lord of the Rings. They cut it where it made most sense for the films, as opposed to where they actually ended and begun in the books.

THEY CAN HAS KITTEH DAEMONS!

There’s also a surprising lack of blood in the scene where Iorek and Ragnar fight, which seems a little silly. Yes, they’ve done it so that kids can watch it, but when two polar bears scratch each other so that you can see the lines in the fur, you expect those lines to at least be red. Not to mention … well, you’ll know it when you see it. The complete lack of blood is very unrealistic.

Now that it’s been maybe five years since I read the books, I don’t remember every little detail that the film left out, so while I wasn’t overly impressed by it when it first came out (even though I probably squeed overexcitedly all the way to the cinema at the time), I really love it now, and I can’t wait to re-read the books so I can re-visit Lyra and her wonderful world and get back to wondering which form my daemon would be. Did a test on the movie’s website at the time, it gave me a spider. (Yeah, because that would work. On the other hand, if my daemon was a spider, I probably wouldn’t have ended up being arachnophobic to begin with.) I’ll just have to settle for pretending Daisy is my daemon instead. 🙂